Ventricular Septal Defect (VSD) is a defect in the septum that divides the right and left ventricles. 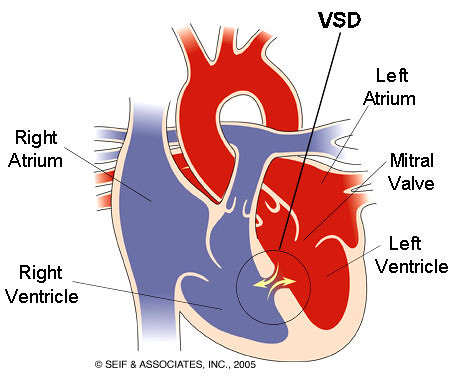 Diagram of the defect in VSD (Baylor Scott & White Health) 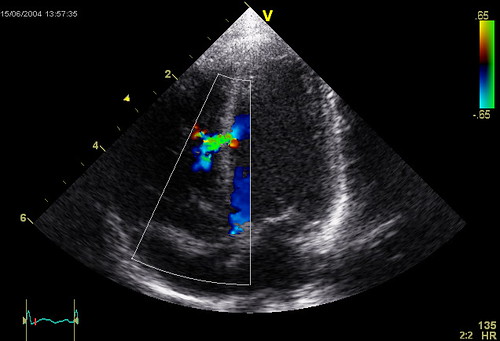 Echocardiograph – Moderate VSD in mid-muscular part of the sternum (Wikipedia)